Ask the 5-years-ago me, you'd very unlikely hear me say "I wanna get married in the near future" or "I wanna have kids". Yet here I am, in 2018, happily married to a wonderful soul and settling into hashtag-mom-life with our first son. This is the birth story of our little peanut: Owen. 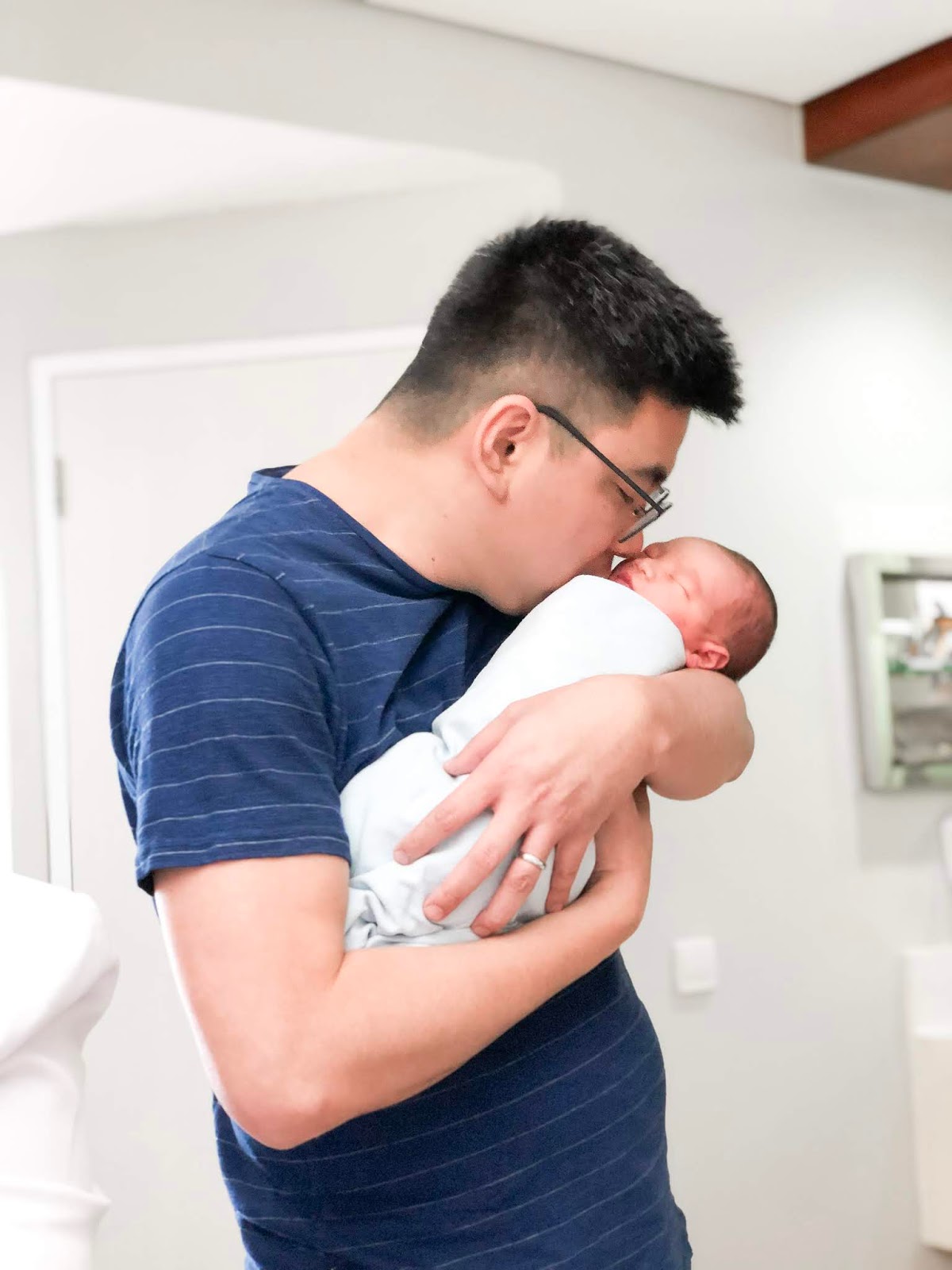 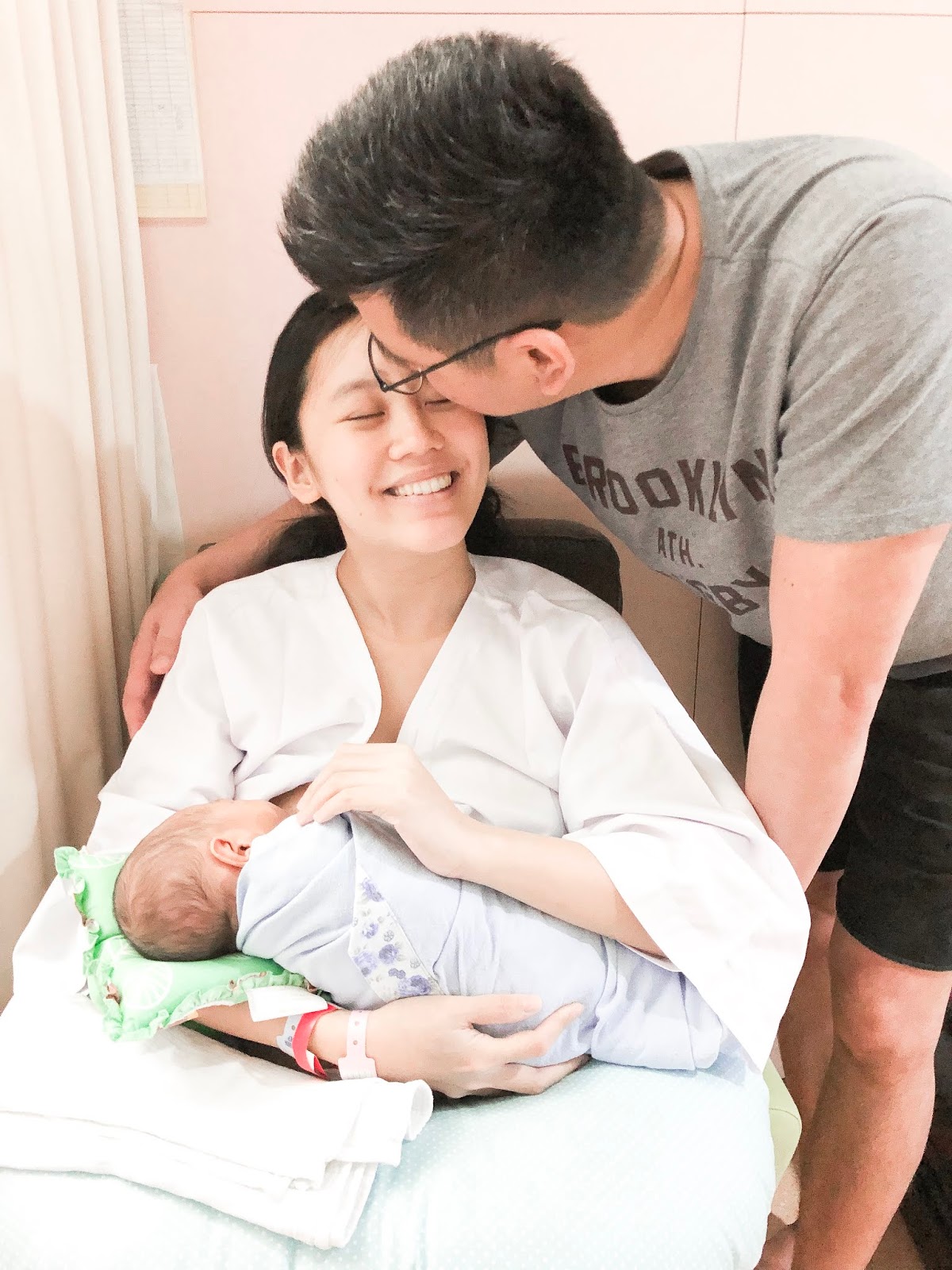 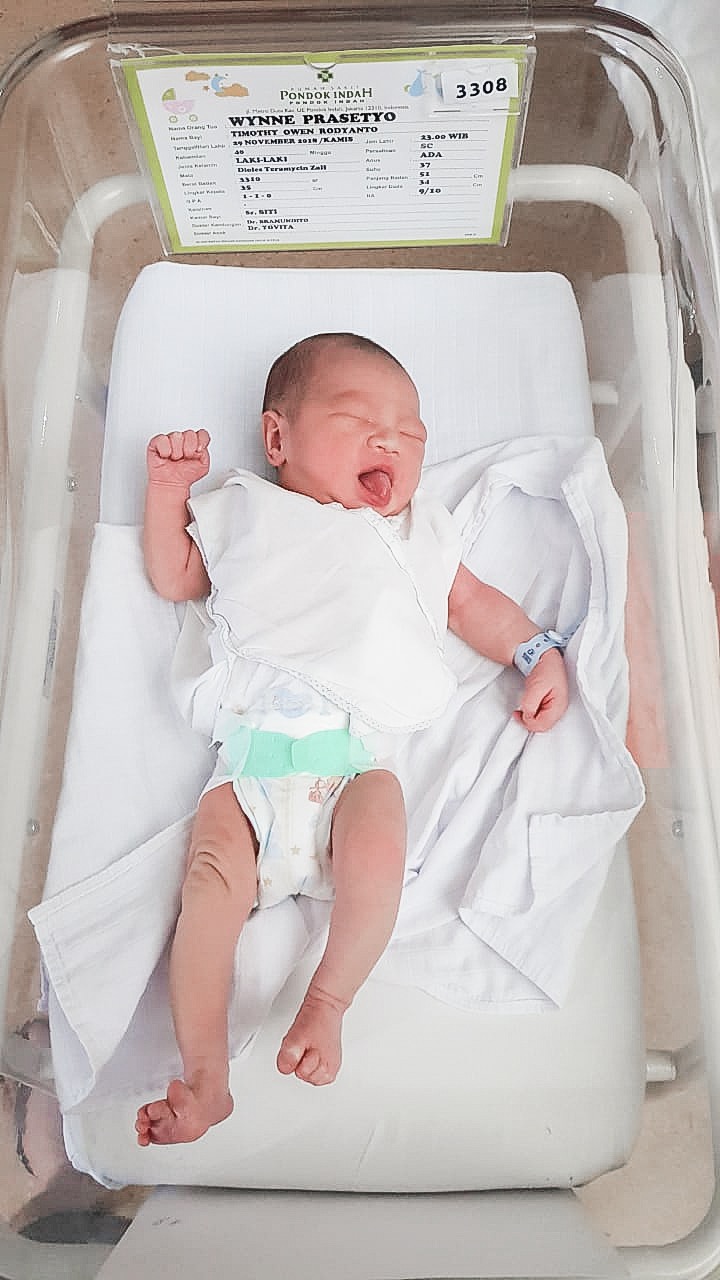 Owen's due date was November 29, 2018. One week earlier we were told that I was 1cm dilated, but that it could take days or weeks for the dilation to progress. So we went home, hopeful and all. I was paying attention to every little detail my body indicated, excited that our little peanut could arrive at literally any moment.

Came the morning of November 29, 2018, we visited our OB and was told that the dilation had not progressed. The OB also said that little peanut had gained significant weight (from 3.2kgs to 3.5kgs, which means an increase of 300g in just 2 days). Knowing that we wanted to try vaginal delivery (and partially because he was leaving for a business trip in two days), he suggested that we be induced.

Induction was not a part of our plan. Googling about induction also did not help (honestly during this pregnancy I learned that most symptoms or illness should NOT be googled if you don't want to be over terrified). But waiting for natural labor to come might mean that little peanut was growing even bigger, thereby lessening the probability of a successful vaginal delivery. There was also no assurance that natural labor would come in time. Having considered these, we agreed to be induced. So we went home and grabbed the stuffs we had packed in advance, said see you soon to our doggo London, and returned to the hospital.

I was induced at around 3 PM and started having regular contractions as indicated by the CTG scans, but I did not feel any real painful contraction until 3-4 hours later, during which period I either just laid down on the hospital bed listening to some music or walking around the hospital with Frans.

I started feeling the contractions when I was bouncing on the gym ball that we had delivered to the hospital. It's interesting because I have never had any painful menstrual cramps before but going through that pain there I could immediately relate it to super awful menstrual cramps. Not long after that, I felt a flood flowing through and out of my vagina. It was what they call the "bloody show". The nurses asked me to pee and clean up the best I could and moved me back to the hospital bed. When the nurses were cleaning me up, they said "hey your water broke!" And I looked down, and I saw green liquid on the cloth they were cleaning me with. I remember thinking to myself "that can't be good" but the thought quickly quit my head as another painful contraction waved in.

In that hour things went by fast - not that I had the energy and focus to pay attention to every single thing that was happening. The nurses contacted my OB to update him on the situation. The OB asked to speak with Frans. Frans came back to my side, helped me with breathing through the contractions, and when I wasn't having a contraction he spilled the news. The doctor wanted to observe the progress for another hour, but my water being green meant it was not healthy for little peanut to be in there for much longer so if things didn't go speedily they would have to perform Cesarian surgery on me. I approved.

We never insisted on delivering vaginally. We had always saved a space for C-section in our birth plan should things came down to that. So hearing that news from Frans, I was only a tad disappointed. But what changed was my mental state in dealing with the contractions. Before the news, I really felt I could power through the contractions until I was fully dilated and ready to push this baby out of me. I had mustered all the strength and courage in this petite body. After the news, it was like I lost all motivation to power through.. knowing that these contractions that kept being more intense and frequent by the minute was not how I would be delivering the baby. There was no more point in dealing with the contractions. The only reason I had to undergo some more contractions at that time was because it was only 9.30 PM and the surgery was scheduled at 10 PM. That, ladies and gentlemen, made the contractions even worse.

Long story short, they gave me partial anesthesia so I could be awake during the surgery. Frans was in the room, comforting me. I was shaking so much on the table because the anesthesia made me feel super cold. I tried to focus on Frans and not on the hands that I felt were doing things on the lower part of belly. It took about 30 minutes until one of the doctors said "OK he's here. What time is it now?" There was no baby cry yet. I remember being confused and asking "why did he ask that? Is the baby here?" Three seconds later, Owen cried his lungs out.

When the doctors checked Owen I could barely hold my happy tears. I was so nervous and just wanted someone to tell me that Owen was perfect. When they brought Owen to me for a skin-to-skin contact, it was the single most joyous moment of my life. All my eyes saw were Frans and Owen and his perfect, swollen little face. Everything I went through was worth it. And just like that, my life was complete.

One final note. Owen weighed only 3.3 kgs when he was born, 0.2 kgs less than what the OB measured in the last appointment. He checked that twice and it showed the same weight. I think it was God's intervention that the measurement was more than what he actually weighed. Had the OB said he only weighed 3.3 kgs or less, we might not have decided to be induced that day. Had we not been induced that day, God knows how much less conducive it would've been for little peanut to stay longer in there. Thank God the measurement read Owen's weight wrong. Thank God for how everything rolled out.